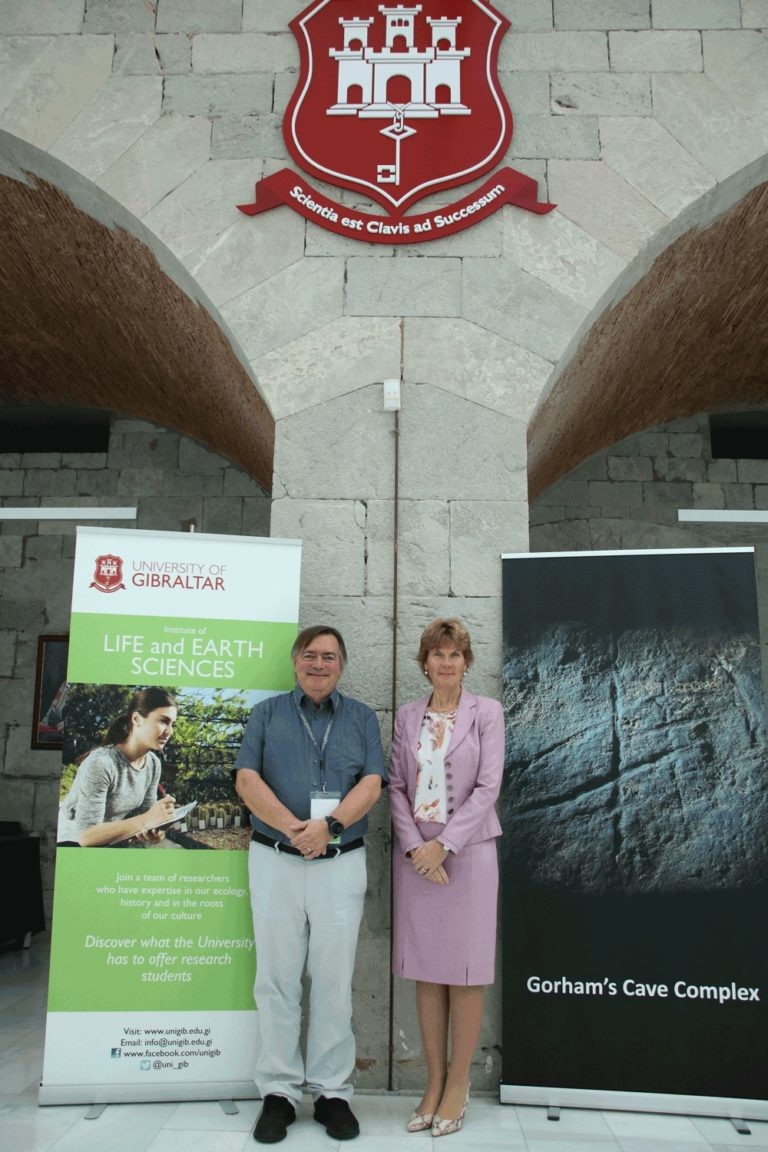 Prof Clive Finlayson has been appointed Beacon Professor of the University of Gibraltar for his outstanding contributions to Neanderthal research and discoveries at Gorham's Cave, Gibraltar.

Clive is an evolutionary ecologist and his main areas of research are the biogeography of hominins, avian biogeography and evolutionary ecology. In 2001 Clive was made Adjunct Professor in the Department of Anthropology at the University of Toronto and in 2003 he was awarded MBE in HM the Queen’s New Year Honours. He was elected a Member at the Academia Europaea in 2010. Clive has worked as a consultant for the UNESCO World Heritage Centre, Paris.

Clive has published widely in peer-reviewed journals and has written a number of books, including Neanderthals and Modern Humans (Cambridge University Press), The Humans who went Extinct, the Improbable Primate, The Smart Neanderthal (Oxford University Press) and Birds of the Strait of Gibraltar and Avian Survivors (Bloomsbury).

Beacon Professors are unique to the University of Gibraltar and the title is symbolic of the role they undertake. The image of the Europa Point lighthouse as a beacon is important to the University representing, as it does, the University’s mission to spread the light of knowledge, to inspire students and illuminate their life paths.

The University’s competitive professorial scheme was launched in 2017 and is overseen by an independent Professorial Appointments Committee which is made up of academics drawn from a number of international higher education institutions.  All members of the committee are full professors and hold, or have held, high academic office in their own universities.  It is the responsibility of the committee to receive all submissions for professorial appointments and, to ensure that the appointments process is rigorous and transparent.

The committee recommended the appointment of Professor Clive Finlayson in recognition of his outstanding and consistent contribution to Neanderthal research and discoveries. Through his tireless work at the Gorham’s Cave complex, he and his team have raised Gibraltar’s profile across the world and have been fundamental in ensuring the site became a UNESCO World Heritage Site in 2016. He is widely published in peer-reviewed journals, has written a number of books and always brings an innovative and original aspect to his work.

Speaking of the appointment, Gilbert Licudi, the Minister with responsibility for the University said, “Congratulations to Clive on this appointment as Beacon Professor. It serves as further recognition of his outstanding contributions to the fields of Natural History and Neanderthal research.”

Professor Catherine Bachleda, Vice-Chancellor at the University added, “Through his role as Director of the University of Gibraltar’s Institute of Life and Earth Sciences, Clive has contributed to the impact of the University’s research across the world and he is an active ambassador for our institution.  Clive is a true beacon for Gibraltar and I am delighted with this appointment.”